Alcoholism and Teenage Depression should be avoided 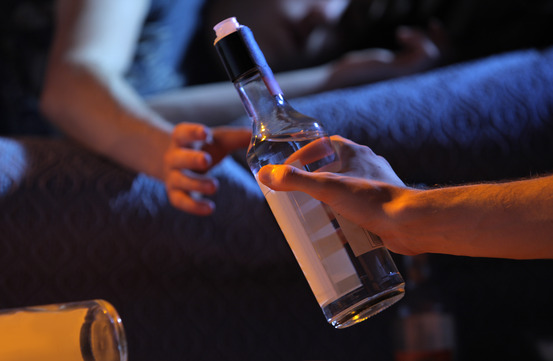 Alcoholism and teenage depression is a way to self-medicating for some. Using boozy as an escape or to easy their pain.  Alcohol are usually easy to obtain and socially acceptable for adult. But for adolecent its illegal for  teens to buy. Although they can easily get it. At home from their parents’ liquor cabinets. Or ask an older friend to buy. Alcoholism is a drinking habit that they believe help numb inner pain. Alcoholism Teenage Depression should be avoided

Teenagers will react strongly to any negative event. A stressful situation and  they may turn to hard liquor. Daily use of excess drinking can create abuse. Around one-third of the people who diagnosed with clinical depressions have an alcoholism problem. Studies suggest that depression first followed by malt abuse. Research demonstrated that teens with history of depression are twice as likely to become alcoholics.

Causes of teenage depression are the issue is that alcoholism causes the behavior. Anyone on antidepressants should avoid drinking this can cause other health problems. There are some teens who drinking too much an can become addicted to it. Well, alcohol is a depressant on its own. When you drink too much, you’re far more likely to make irrational decisions. This can result in even more excessive drinking in order to drown the sorrows.  A glass of wine or a beer here and there is a major reason for concern. However, when binge drinking becomes the norm, you should pay closer attention to your child.

Alcoholism and Teenage Depression abuse happens when excessive drinking starts.  Do persisting depression exposed young people to alcoholism? Teen girls  are more likely to have behavioral problems with long term dependency which lead to alcoholism.  Parent talk to your child daily which build trust. Sometime your child just needs your attention and your support.  Its important to seek treatment for your child if alcohol abuse is detected.